[BLOG] Heroes of the Storm moves to Closed Beta

[BLOG] Heroes of the Storm moves to Closed Beta

Blizzard's game Heroes of the Storm has been functioning in an alpha state for a bit now, slowly but surely adding to and improving a game based on feedback. Now it seems that enough has been tweaked to stand as a base for the game, because it's upgraded itself to Closed Beta.

The update has come with some new features too, including a new hero and a fresh new ground on which to do battle. Sky Temple is the name of that new arena and its themed in a desert style with temples that can be taken control of to fire beams of energy at enemy structures. The new hero will be Thrall, a Horde Warchief with powerful melee abilities such as Chain Lightning, Windfury and Earthquake. 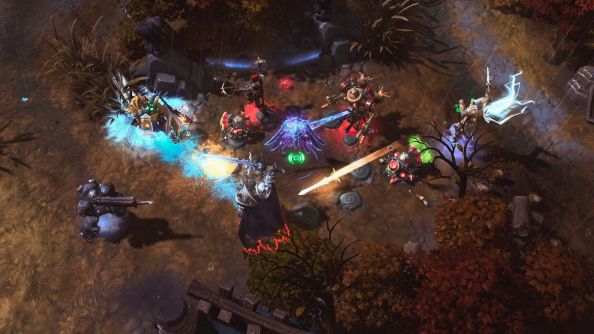 A new mode has also been added, the Hero League which is a ranked play mode for high-level players. To join you need to be Level 30 or over and have a collection of 10 heroes and can join as either a solo player or with a group of your friends in a team. Wins and losses obviously contribute to your ranking to stay within this play bracket.

Lastly a Draft Mode has been added to help players build a team to compete and counter your opponent's hero choices.

To be a part of the closed beta you need to have either signed up at the Heroes of the Storm website or have ticked the 'opt in' option for Beta Profile Settings on your Battle.net account management. It's obviously not a sure thing that you'll gain access but you need to be on the list to get chosen. If you do get selected you'll be able to play whenever you like as well.
Yes that's Minecraft-me in my av. Done by Reiu who is damn talented!
Top
Post Reply
1 post • Page 1 of 1