If you're a fan of The Witcher 3 and were looking for something new to add to your collection, listen up. It's just been announced that CD Projekt will be releasing a special vinyl soundtrack for the game with 35 tracks including four that were previously only exclusive to pre-orderers of the game.

Made together with Spacelab9, the soundtrack will come with two silver vinyl discs along with a slip-cover that shows off a Leshen rampaging - with the four exclusive tracks Fields of Ard Skellig, Ladies of the Woods, Merchants of Novigrad and Hunt or Be Hunted being unavailable on the normal digital versions of The Witcher 3 soundtrack.

Also, if you're looking for something much more collectible there will be a limited three-disc version released which also contains the soundtrack from the Hearts of Stone expansion. There will only be 500 of these special editions released to the public, so needless to say they're probably going to be quite costly.

The listing for the standard vinyl edition is currently up on ThinkGeek now, with the release set to be June 2nd. It's going to retail for about $30, which isn't a terribly bad price. As for the special limited three-disc version, Spacelab9 have said that it will be available via Gaya Entertainment, so if you're wanting that one be prepared to check there on the 2nd next month. 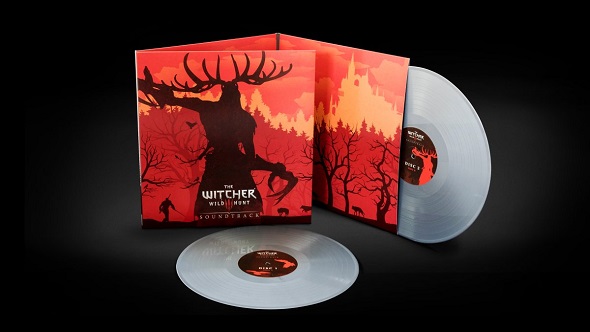