Dragons return to Tamriel in The Elder Scrolls Online: Elsweyr, part of the Season of the Dragon year-long adventure! Explore the savannahs and canyons of Elsweyr, defend the home of the Khajiit from an ancient evil, and command the undead with the Necromancer class.

Elsweyr is here, and it's amazing. Elsweyr is Elder Scrolls Online’s newest chapter and takes place in the arid homeland of the khajit, Elsweyr. The main storyline centers around dragons returning and running amok in Elsweyr, Thanks to Abnur Tharn making a mistake again in his efforts to do what he feels is best for the empire. This chapter includes the amazing necromancer class and the beautiful desert zone of Elsweyr. Instead of dark anchors or abyssal geysers this time, Zenimax Online Studios decided to give us dragon invasions, random world bosses that take the place of dolmens and geysers. You’ll also stumble across some exceptional side quests with great characters. The chapter as a whole is something more than just the sum of its parts. 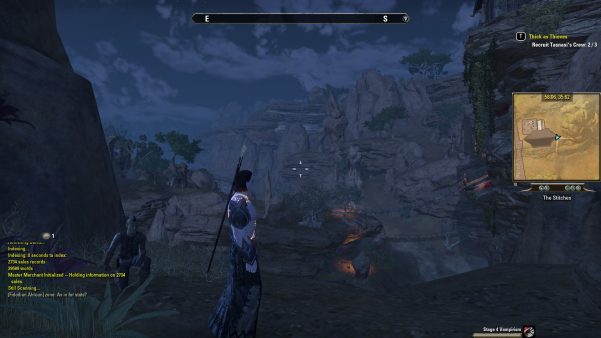 Elsweyr adds many new and interesting npcs such as Sarazi a Khajit hunter who wants to be the greatest khajiti hunter with the best shining fur coat and the most epic bulging muscles, or Sereyne the drunk mage with an eye patch and superb voice acting you recruit for a heist who is one of the Alfiq, talking house cats. Sereyne will at one point even barf due to the aftershocks from her wild bender from the night before while casting a spell that should drop the player and some friends behind enemy lines. Instead, it almost drops you right in the thick of them. She does feel bad about it though. The weirdness don’t stop here though, there is everything from emo necromancers to dragons that insult you while Fus Ro Dah’ing your ass to death. 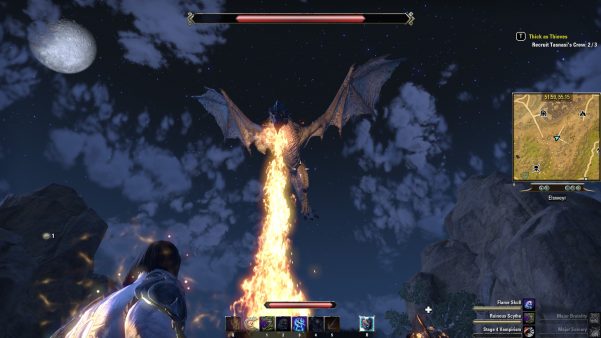 Elsweyr itself is a joy to explore, the desert region sets itself apart from other desert regions in the game with unique landmarks such as the aqueducts and different flora and fauna all view-able from amazing vistas. Beautiful rocky night skylines and sunny stretches of sandy plains are abundant. 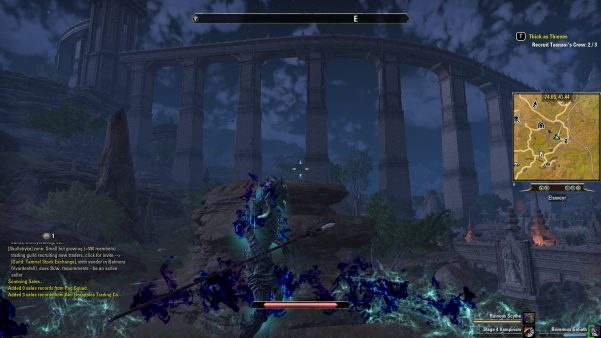 The new necromancer class is a blast to play whether you play tank, heals, or damage. The skeletal minions are not permanent pets like the sorcerer’s daedra pets but instead rotational abilities that do their thing then despawn leaving behind a corpse which can be interacted with by other necromancer abilities. They are gods of self healing and sustain and can be a nightmare in pvp with the right build and gear and fill all the pve roles very well. 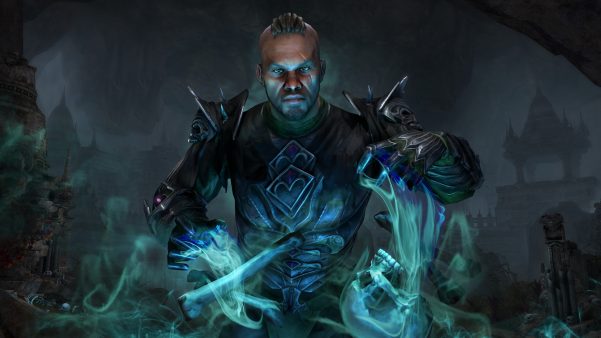 New content this time includes several new delves, a new trial that pits you against dragons and undead that is a bit more new player friendly in terms of requirements to run it, and new skyshards to find, and new public dungeons. John Cleese even returns to voice cadwell for the main storyline of Elsweyr. 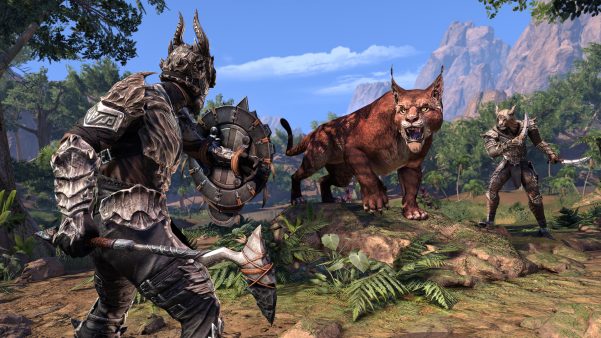 Elsweyr is best looked at and taken as a whole instead of focusing just on each individual part. It's a blast to throw skulls at dragons as a necromancer and then forget you can’t summon undead in town or the guards will smite you. The Khajiit culture is on display in full and gives us a close look at these mysterious cat folk.

It's a joy to be able to once again cover an ESO chapter release a year to the day after my very first review which was summerset.

The Elder Scrolls Online: Elsweyr is available now on PC, XBox One and PLaystation 4, for more information and to buy it, head over to the games website!

Elsweyr is a solid 10 out of 10 and I can’t imagine being elsewhere other than Elsweyr.