[BLOG] Heroes of the Storm Alpha servers back online

[BLOG] Heroes of the Storm Alpha servers back online

After a week-long break, the Hero of the Storm's alpha servers are back up, bringing with it a load of new features that have been added during the downtime. Of course, Blizzard want players to put them through their paces so the bugs can be spotted and stamped out in a timely manner, and the three biggest features are custom games, observer mode and replays.

Custom games are in a fairly early form, but they are basically the game mode that allows players to set up their own games with their friends rather than entering into the matchmaking pool of players currently looking for a match at that moment. The mode and battleground can be selected and the teams and their heroes are displayed in the lobby along with any observers. Empty slots will have an invite button to allow for the the invitation of those who might be observing the match, or if you fancy just filled with AI heroes. The host of the game also has other controls, such as being able to swap people around between teams, kick a player or make them an observer and some customisation for the AI players too. 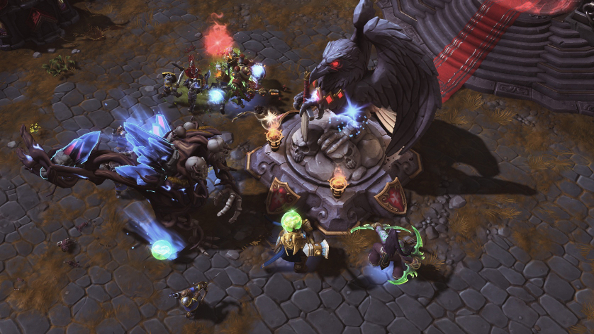 Replays allow for you to relive victories and losses and have a bunch of commands such as slow down, pause and speed up for use. Clicking 'Watch' in the menu will bring up the replays from recently played matches to view.
Yes that's Minecraft-me in my av. Done by Reiu who is damn talented!
Top
Post Reply
1 post • Page 1 of 1