Blizzard have announced the formation of a new eSports tournament related to their game of Heroes of the Storm and specially for students. The name? Heroes of the Dorm. The reason this is a mainly student tournament is that the main prize is that the entire team will have their college tuition paid for entirely by Blizzard. There're also other prizes available for winning which amount to about $450,000 in value. 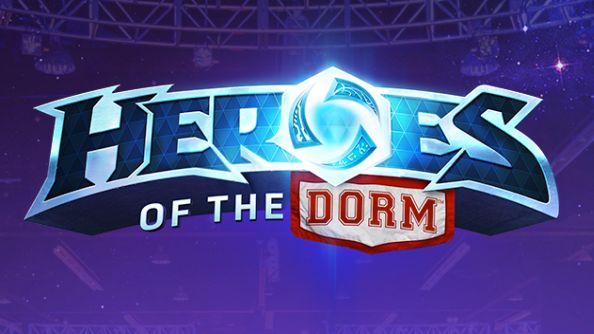 Any team that signs up and is verified as being eligible for the event will also receive access to the Heroes of the Storm beta in order to compete. The competition is only open to residents of the US and Canada (excluding Quebec), and to register you must have a team of five and register them before March 26th. The teams eligible will then compete in online group stages between March 28th and March 29th, and the top 64 teams will compete in Single Elimination brackets between April 11th and April 19th with the top four team moving onto the final event which will be televised on ESPN.

The top four teams will already win something just by getting to that final point, with prizes including a gaming PC, headset and mousepad (as well as the flight to the event being paid for of course). Teams that make it to the top 64 bracket will also receive $40 in Battle.net funds to purchase heroes ready for the event.

Anyone not eligible for entering can take part in fantasy brackets that will be live during the event, allowing for predictions to be made on the matches. The top five there will also win a gaming PC each, and the top prediction wins $10,000. 25 random winners will also receive prizes and all participants will receive a unique Azmodan portrait.

Heroes of the Dorm Site: [x]
Yes that's Minecraft-me in my av. Done by Reiu who is damn talented!
Top
Post Reply
1 post • Page 1 of 1