Ever since Frontier announced that their popular game Elite: Dangerous was due to come to Steam, those people who backed the game on Kickstarter and have bought from Frontier's own store having been asking the question: will we get Steam keys for the game too?

Originally Frontier wasn't sure if that was going to be possible but due to high demand they seem to have managed to make it happen. Steam keys will now be offered to all PC players who either got their game access through the Frontier store or as a result of a Kickstarter backing. Result!

Thanks for your patience. We’ll soon offer Steam keys to anyone who bought Elite: Dangerous from our store. https://t.co/TjigCCcHlp
— Elite Dangerous (@EliteDangerous) May 8, 2015


“Thanks for your patience.” said community manager Edward Lewis on the game's forums. “We’ll soon be offering Steam keys to anyone who bought Elite: Dangerous from the EliteDangerous.com store who would like a key, and to anyone who buys the game from our store in the future. We always appreciate it when you buy direct from our store because it means we can put more into supporting and developing Elite: Dangerous, but we know a number of long-time players and backers like to play through Steam and we think it’s fair everyone has that option, not just new players."

The keys will be generated from May 28th. 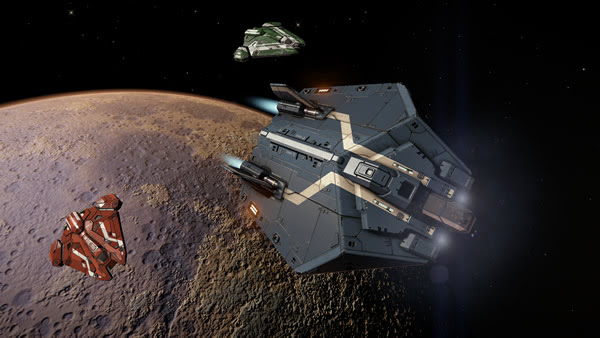