If you have beta access for Frontier's massive space sim game, get ready - the beta for the next big update is going up next week.

Update 2.2, The Guardians, will be available for beta testers to try out from September 20th. It will bring along the new features teased at Gamescom, including a new ship the Beluga liner, ship-launched fighters to protect your larger less combat-worthy ships (which you can choose to control or leave for the NPC to do so), passengers and passenger missions and more besides.

One of the new updates will be a much asked-for ship transfer option. The community voted on how they wanted that to work last week, choosing to let transfer take a little while to complete in a bid not to ruin immersion of the world Elite is set in. If you already have the PC exclusive beta access all you need to do is download the beta and select it from the launcher as you usually would. Otherwise you can get access by paying £6.99, provided you own Horizons already.


The next big update after this one (2.3) has already had some big details revealed at this stage, including a customisable avatar for our pilot and the long-awaited multi-crew option for ships that will allow us to travel with a friend. 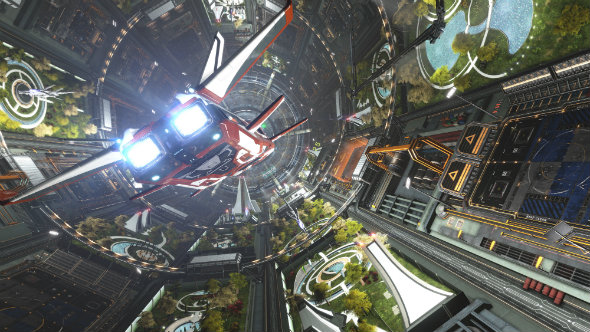