Since the beginning of its lifetime, many of the players of the huge spacefaring game Elite: Dangerous have been wondering and asking where the series' antagonistic alien race the Thargoids were. Back in January one player might have had first contact, with his ship being yanked out of jump only to be approached and scanned by a weird flower-shaped ship before it vanished. A few other players have had similar encounters now, but so far nothing much has happened although players had a feeling that this wasn't going to be all they'd be doing. 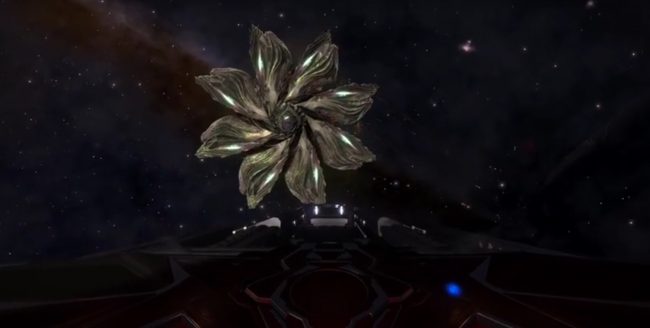 Now Frontier have shown off a new, short trailer (the "Unknown Trailer" that features one of the strange alien vessels and the atmosphere is distinctly unsettling. The trailer shows a few human ships landing on a planet and exploring the surface before the alien ship comes up behind them and the 'signal' is lost. Of course, anything could have happened after that but the overall tone and ambient noise makes it seem that whatever happened, it wasn't good for the human crews.

Interesting times ahead for Elite: Dangerous players ahead it seems. Hopefully Frontier will release more information or someone will have a much more interesting encounter with a flower ship soon in-game.